Let’s not debate as to whether or not Death Stranding can be considered a good game. There is nothing wrong with having an opinion and I am no position to debate that to persuade an individual otherwise. What can’t be debated however, is that the asynchronous multiplayer in Death Stranding is brilliant and should be something that other titles could adopt in the future.

The world of Death Stranding is desolate, unforgiving, and harsh. As it is a single-player experience, it can be incredibly overwhelming as tackling objectives requires proper planning as it pertains to load and terrain management. One false step could lead to your death or the loss of critical packages required for objective completion. It can be a stressful experience. 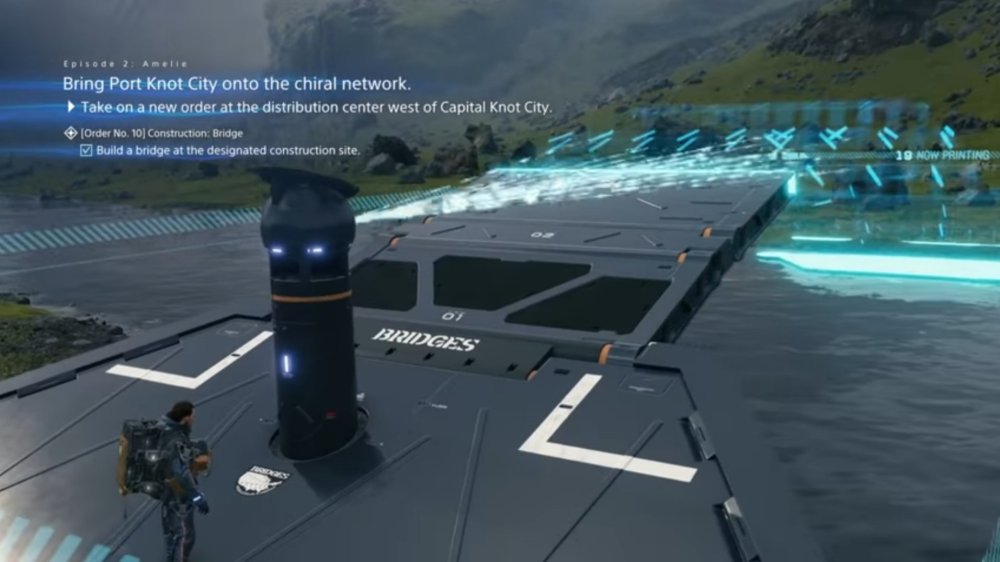 But while you’re alone in the world, you aren’t really alone. The world is shared by other players and while you won’t physically see them, you are still able to interact through the various items scattered throughout the environment. These include structures, vehicles, weapons, packages, and morale boosting signs to help you get through the most difficult sections and terrain.

To show some love to your fellow player, you can press the touchpad and leave a like or several dozen, and this will boost their overall porter score. Players will receive the notification as they travel throughout the game and I have to say, the feeling of helping one another without trolling is a pretty damn good feeling. Unlike the Dark Souls series, whose asynchronous multiplayer can include clever trolls, Death Stranding wants to promote positivity.

So, as you progress through the game, you too can promote positivity by creating your own structures to help players navigate the world. Death Stranding’s objectives will include delivering a package from point a to b, but then it will allow the player the freedom to do so in however they like. If you happen to find a path that hasn’t been used by other players, then whatever structure you leave behind can be used those who come after you.

While I won’t comment on whether or not Death Stranding created a new genre or subgenre, it should be praised for how it handles its multiplayer. The world is grim, but this is counteracted by the actions and activities of other players who inhabit the world. Building relationships through an interconnected world is a touch of genius and something that shouldn’t be up for debate.

Strange that in a year that has seen so much negativity, that a game can come along with a grim, bleak appearance but is in all actuality probably the most positive title of the year.