On November 12th, Disney will be releasing their own streaming service known as Disney+. It will feature original content from Marvel, Star Wars, Pixar, and any other studios that they happen to own. What was originally met with skepticism has now been turned into intrigue, especially considering their recent original content lineups. While this will be a more family-friendly platform, you shouldn’t see anything R-rated or TV-MA, Disney has acquired so many studios that they are going to be able to dig deep when it comes to the various properties it owns.

Star Wars will be getting it’s own live-action series known as The Mandalorian, which for the unaware, are people from the planet Mandalore with the most well known being the bounty hunter Boba Fett. The series will be set after Return of the Jedi and just before The Force Awakens and will be ran by Jon Favreau. It is going to star Pedro Pascal and a number of other well-known actors/actresses, so there will be more than enough star power to help support the new series. 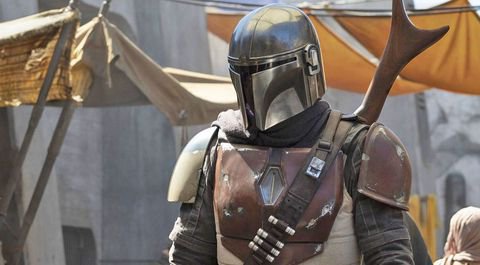 Disney+ will be receiving a number of Marvel series, which may or may not spoil the aftermath of Avengers Endgame. Falcon and the Winter Soldier, Loki, and WandaVision are some of the series that were just recently announced. They will also be getting a What If animated series that will feature a number of characters in different scenarios. There is rumor of a Hawkeye series, but this has yet to be confirmed. Marvel is set to have a relatively large imprint on the new streaming service and this should leave fans excited.

On top of all of the original content, subscribers will have access to view practically all Disney movies and shows. This includes all of their live action series featured on their own channel. All recently released movies, such as Captain Marvel, will make their way to Disney+ and this will be the proceedings moving forward. The Disney Vault alone is probably more than enough to subscribe to the service.

Now, you’re probably wondering about where, if any, Mature content will be streamed. Netflix cancelled all of Marvel’s major shows and this was obviously met with displeasure from fans. But fret not, Disney also happens to own a majority stake in the streaming service Hulu, which means that any mature series will more than likely find their way there. Currently, the most prominent mature Marvel show would be The Runaways and even though it’s not a well known property, it is an example that Hulu is where you would find them.

So, will the Punisher, Daredevil, Luke Cage, Jessica Jones, and Iron Fist, find themselves on Hulu one day? Hopefully, but it is nice to know that some of Marvel’s mature properties will be able to find life even with Disney+ being catered for the family. Obviously there are PG-13 Marvel films that feature mature themes, but there are some series where the impact would be lost if they were pacified.

It seems that the aggressive posturing coupled with all of the various acquisitions Disney has made in the past few years is finally coming to fruition. Going head to head with Netflix or Amazon would be a daunting task for any organization, but Disney has the resources and content to more than make up for the lost time. By strictly funneling their product away from their competitors, Disney might actually find themselves with a higher initial user base when their service releases.

It also helps that this will only cost 6.99, which is impressive considering the wealth of content available at launch. Regardless, Disney will have to continuously provide unique and quality content for this service to thrive, but if the early announcements are an indication of what’s to come, Disney+ might be a hit right out of the gates.