The Devil You Know

With Capcom continuously revitalizing and retooling their establishes franchises, it was only a matter of time before they got around to Devil May Cry. The original series hasn’t seen an entry since 2008 and there was even an attempt to reboot the series in 2013. While that ultimately ended up falling short, it’s actually still worth checking out, fans would have to patiently wait for a true continuation to the series.

It may have taken some time, but Devil May Cry 5 is here and it’s fantastic. You might think you’ll get lost due to the amount of time in between entries, but fortunately, Capcom included a brief history of DMC, which gives insight over the events of the series and even the anime. So, if you were on the fence as to whether or not you should play the previous entries first, you should, fret not, as that short video covers all the essentials.

The Devil May Cry series has never been known for its storytelling prowess. It can get incredibly convoluted at times, with predictable twists and cheesy dialogue, but this entry features a more cohesive narrative that makes sense of the chaos. With three playable characters, each with their own individual struggle, its nice to see an entry with some narrative weight. 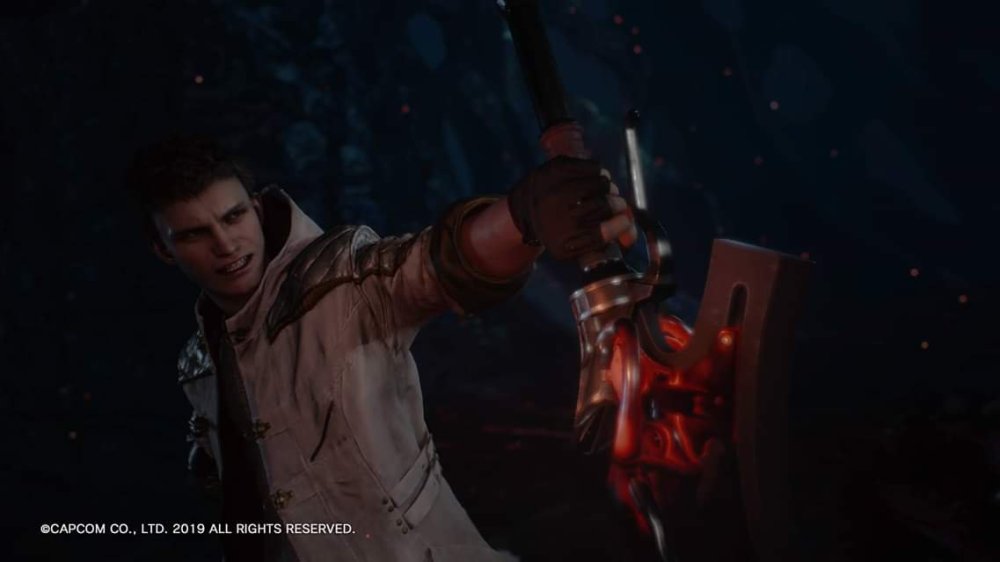 Even with improved storytelling, the selling point for the series is its stylish and cinematic action. Thankfully, DMC V has this in spades, this is an immersive action title that requires you to play with each of its individual systems to get the highest rating. Simply hacking your way through isn’t enough as when the difficulty ramps up, different strategies are required to defeat them. Each enemy has their own tendencies, some get aggro when knocked down and others will continually block until you work to get around them. Its exhilarating and forces you to utilize the new skills you gain through the in-game store.

As there are three different characters, each are unique with their own abilities and skills. Dante will be the most familiar for veterans of the series, he has four different styles and eight weapons at his disposal. He tends to be the strongest of the three with weapons that can quickly dispatch groups of enemies, its also beneficial that his Devil Trigger greatly amplifies all of his attacks. If you’re successfully able to switch styles in combat, you’ll breeze through Dante’s sections, the bosses however are a different story.

Nero, the protagonist of DMC IV, will feel similar to Dante with the exception that he has Devil Breakers, unique prosthetic hands that each have their own abilities. Take too much damage and these will break, don’t panic though, there are Devil Breakers found all around the environment and some may be better suited for the situation than the one you were currently using. While you don’t have the ability to switch during combat, you have to set the order before the mission, you can overcharge the Devil Breaker to deal area damage and move on to the next one.

The newest character, V, is probably the most unique character in the DMC universe. You’ll use one of three familiars, a falcon, panther, and golem, to attack enemies as V is too weak on his own to do any real damage. The catch is that V must finish them off either by teleporting to their position or by using an area attack that will eliminate multiple enemies at once. It’s strange at first, as your familiars are mapped to different buttons, but once you get into the swing of things, V might be the most fun character to control in the game.

One of the most interesting and subtle additions to the series is the random co-op moments that occur during the game. There are multiple sections throughout the game where you’ll have the option to select a character. During these sections, text will appear and you’ll be randomly grouped with other players. Sometimes you’ll directly interact with them and other times you’ll notice their presence as they engage in enemies on their path. Afterwards, you can rate them and potentially be rewarded with a Golden Orb. It does nothing to enhance the experience, but it is fun to see multiplayer included in the series.

Boss fights have always been a highlight of Devil May Cry and this entry is no different. Each mission ends on a boss and while these arent necessarily challenging during the early hours, the last few bosses require you to be on your “A” game. The sheer amount of action initiated by these final bosses can be frustrating to counter, but they are satisfying to defeat. None of these encounters felt unfair, even if some of their attacks can feel cheap.

Dying in DMC V is honestly the only real flaw in this game. Golden Orbs or the use of red orbs are your only means of revival and this comes at the cost of your score. The issue is that Golden Orbs are found everywhere and you even get one for logging in as a daily reward. Because you’ll have so many at your disposal, you’ll never real feel the consequence of failure. It’s a strange system and I never found myself using a Golden Orb until the end fights when I became incredibly reckless.

Beyond that, I found this to be the best entry in the series. It’s a relatively lengthy game, but due to the constant flow of action, you’ll never really notice. This is an expertly paced game and is a shining example of how to keep a players attention for the entirety of a playthrough. While you won’t be able to select the higher difficulties until you complete the game, there is just enough challenge to keep you thoroughly engaged. You shouldn’t find yourself frustrated as long you learn the various systems the game offers.

Presentation wise, this is one of the best looking titles of the generation. Capcom’s RE engine is one of the most detailed graphics engines I’ve ever seen. There are some truly holy shit moments littered throughout and if I’m being 100% honest, I was distracted a number of times by the particle effects during boss fights. Accompanying the visuals is a killer soundtrack, which depending on the situation will help you get into a rhythm while in combat. The voice acting is hit or miss, because as in entries past, it can be pretty melodramtic, even if it fits the scene, it can be offputting. Other than that, this gets top marks.

Without a doubt, DMC V is a high point in the series. It’s a return to form for the franchise and its ending opens up the doors for further entries. Capcom has been killing it recently and this is further proof of their resurgence. Welcome back Dante and crew, the gaming world has missed you.