Anthem, the next entry in the online-only genre, released a demo for this weekend and players were able to experience 3 Story missions, a stronghold mission, and afterwards free roam is available if you so choose. There was enough content for players to get a feel for what Anthem is going to offer and after completing all of this content, I’m left with the impression that Anthem may be another title that struggles to keep the player engaged as more and more content is rolled out. So instead of a day one buy, you may want to take a wait and see approach.

That doesn’t mean there weren’t positives, the combat is solid, the traversal was fluid, and the abilities, especially the Tempest Javelin, are really fun to use. You start out with the Ranger Javelin, which is a solid all around suit, but doesn’t do anything to wow you. Its abilities include a missile launcher, a grenade, and a shield that does a decent job of protecting and your squad. Once you’ve built up enough energy, you can unleash the Javelins special ability, which for the Ranger is a missile barrage that can target multiple enemies at once. 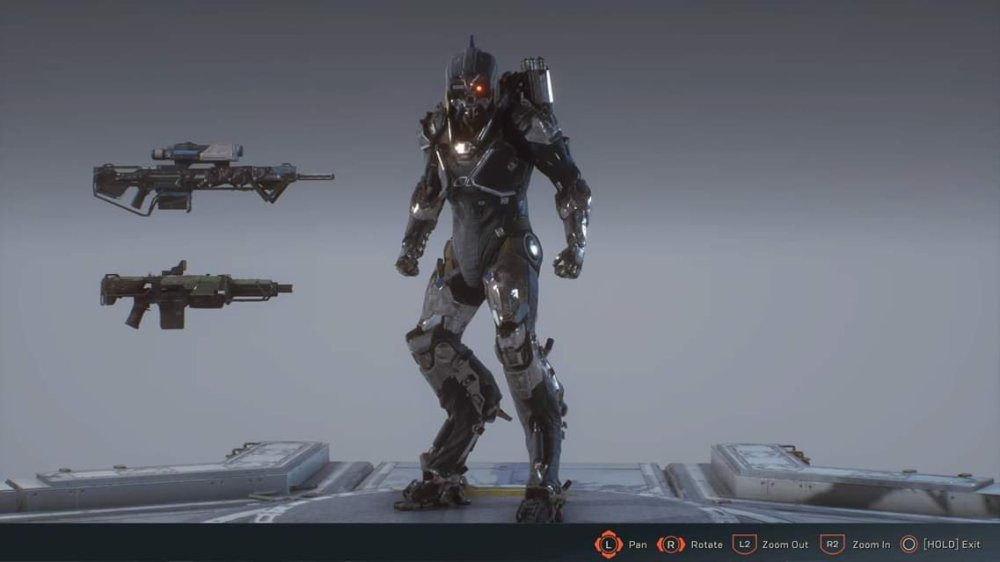 While this particular Javelin doesn’t seem relatively interesting, you are able to unlock other Javelins during the demos duration. With that being said however, the Tempest is a beast, as you’re able to utilize magic abilities to rip through enemies. It’s the perfect suit for crowd control as its abilities can focus on targeting areas so when enemies bunch up, you can get all of them in one go. Once fully charged, you launch three different magical attacks that will freeze, shock, and burn whoever happens to be in that area. This Javelin was a lot of fun to use, even if it doesn’t have the best shield capabilities.

Anthem, like other titles before it, is all about the loot, but strangely, the demo doesn’t allow you to customize your weapons or gear, even though you can craft items as long as certain requirements are met. This is kind of disappointing as it would’ve been nice to optimiza a particular build and then customize as you find loot out in the world. Loot drops were actually pretty sparse during the demo as it generally took beating an elite enemies or multiple elite enemies for anything to drop. Sadly, you are unable to actually view these items as you’ll have to return to the hub world or complete the mission to view what you’ve acquired.

The story missions that you’re able to experience are honestly disappointing, it didn’t feel like there was any diversity besides moving point to point and clearing a room full of enemies. Sometimes you’ll have other objectives to complete, but for the most part its clearing waves of enemies. Enemies by the way, are not challenging whatsoever, they tend to stay still and can group up in corridors, which makes clearing them out fairly easy. Elite enemies are bullet sponges, so be prepared to continuously fire or melee them until they fall. It’s a tedious process and while using the Javelins abilities are entertaining, I feel that after a short while, players will get burnt out.

I will say that the best part and most intriguing part of the demo was the stronghold mission, which requires you and your team to clear out the Tyrant mine. These missions are the strikes or raids of Anthem and are multi-layered and have multiple chests once a section is cleared. A boss will appear at the end of the mission and if you’re not careful, you may end up getting wiped at the jump. It was honestly a pretty fun and engaging fight at first but once you figure out the pattern, you’ll breeze right through it. Of course, your teammates can’t do anything stupid as the boss does a ridiculous amount of damage.

Once you complete the available missions, you’re able to free roam, and while the world of Anthem is gorgeous, it doesn’t feel all that interesting. Now there could be more added beyond the demo, but if Destiny and The Division were any indication, it’s probably not going to be as interesting as advertised. What’s going to save this game is its endgame content, but, if the main story isn’t doing enough to draw players in, then it won’t matter because no one will make it to the end to experience what Anthem has to offer.

This game really wants to emphasize squad play, but it might be difficult to sell your friends in picking this up after experiencing the demo. I found that the hub world was boring and for whatever reason movement is slow and clunky. Hopefully that gets cleared up upon it’s full release, but once again this feels like another title that will require players to be patient and hope that all the kinks get worked out in time. This is a title that feels far too familiar for it’s own good and the demo may end up hurting rather than helping.

At least I didn’t experience any server issues. Always a silver lining.