If we’re being honest, Resident Evil 2 is more tense than it is scary. Its superb use of lighting and sound make rounding every corner a test of your will, as theres no telling what might be hiding in wait for you. Ammo is scarce so you have to be patient in how you handle enemies. It doesnt help that these zombies and other undead oddities are bullet sponges who take more than a single headshot to bring them down. They also happen to outnumber you by a large margin, so prepare to continue feeling like every encounter could result in a potential game over. 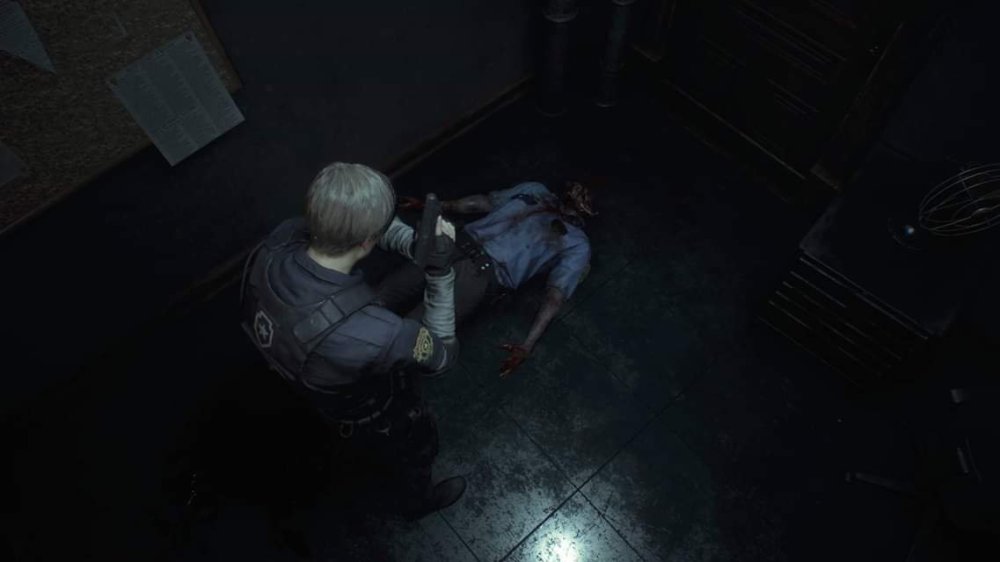 And if that wasn’t enough, around the halfway point of the game, the Tyrant will ruthlessly stalk you, bursting through doors and zombies just so it can eliminate you. That constant sense of dread is what separates Resident Evil 2 from other titles in the genre. It constantly feels like a losing battle and the fact that enemies never stop hunting for you helps sustain that feeling. Even in safe areas, you can hear the noises of the enemies you just escaped from, who are practically roaming that area so that when you do depart they will be there waiting to continue the chase.

There is almost no area in the game that provides with a sense of security, enemies can come through almost any opening and when it’s a combination of different enemies, it feels like it’s a lost cause. But somehow, you manage to scrape through, even after being grabbed or attacked multiple times. You will get by with the skin of your teeth and maybe with a few rounds in the chamber. There have been multiple encounters where I was surprised at how I survived, especially when my inventory is dwindled down to nothing.

Forced boss encounters are incredible tense especially considering how formidable they are. You’re either on point with your accuracy or you’re desperately scrounging around for ammo, hoping that you’ll be able to get enough shots off to down the boss. Arenas are generally small so that these encounters feel claustrophobic, it’s always a one on one encounter, but you just know that one hit from them could be a game ender.

I ended up beating the final boss with 20 rounds for my pistol, around 200 fuel in my flamethrower, and three flash bangs. Barely surviving that encounter was incredibly satisfying and was also instantly tiring. Resident Evil 2 takes the tense encounters found in Resident Evil 4 and blends it with the cautious pace of the seventh title. You’re appreciative for the quiet moments, but always aware that the next area may be more perilous than the last. Even when running through areas that you’ve cleared, new dangers will appear just to keep you on your toes. Its stressful and challenging but fun all the same.

The franchises return to survival horror with Resident Evil 7 was surprising. It was even more surprising that the second title would get remade. Fans speculated that it would be more akin to the first Resident Evil’s remake, which at the time set the standard for other remakes to compare too. Instead, Capcom crafted a title that not only honored the original but far exceeds it’s overall execution. Resident Evil 2 is now the gold standard in the series and hopefully its success will spur the developers to remake Resident Evil 3.

Because if you hated the Tyrant, imagine how scary a rocket launcher wielding Nemesis would be on today’s consoles and PC. That would be truly terrifying.