Admittedly, I haven’t made the best choices when it comes to Vampyr, a game in which player choice has a direct impact on the difficulty and environment. You’re a newly turned vampire, Jonathan Reid, who just happens to be a doctor specialising in blood transfusions. The irony in this is brought up in numerous interactions throughout the game. Through your choices, the player will determine the fate of London and discover the mystery of Reid’s transformation.

Honestly, I like this game way more than I thought I would.

I’ve never been one for the Vampire genre, but the way Vampyr is structured has made it an exception. The action in the game is slow and methodical, players will attack with one weapon and stun with the other. Stunning an enemy allows you to bite them and refill your stamina and blood meter, the latter being the meter used to activate in special abilities. These abilities can vary from attacks to stealth abilities and at a certain level you can unleash an ultimate attack which will do incredible damage to the opponent. It’s more Dark Souls than Devil May Cry, with every enemy having a pattern in which you can exploit with decent timing. The action is honestly nothing to write home about, but it is fun unleashing your dark abilities on the enemies that stalk the London streets.

What makes Vampyr unique is that it gives players the freedom choice and this directly impacts the events of the game as well as the difficulty. Your actions and interactions matter. To gain XP, you can complete side missions and objectives but that only gives you a small portion. The large amounts of XP are found in the NPC’s that you interact with during the events of Vampyr. As a doctor, Reid will interact with these NPC’s discovering their connections with the central locations in the game and if need be, cure them of various afflictions. From there, you’ll be given a choice, feed on them for a massive XP gain or let them live. The choice is yours and while it’s easy to break your Hippocratic oath, doing so can drastically affect an area.

Killing a citizen with connections can remove side quests, but more importantly can drag their location into turmoil. Making the wrong mistake when it comes to deciding the fate for a character who is the pillar of the community will result in the area becoming incredible hostile and chaotic. Vampire hunters and supernatural enemies will become more prevalent in that area which will in turn make completing certain objectives more difficult. But, allowing these citizens to survive will also force the player to be underleveled, thus increasing the difficulty exponentially. Vampyr is all about the delicate balance of life and death, all of this decided by the player and all of it is entertaining. 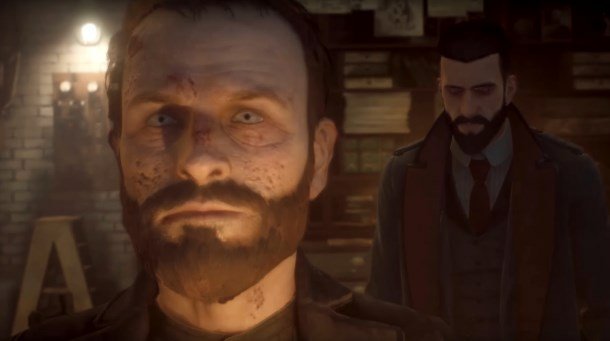 This isn’t a title for everyone. It feature more dialogue than action and sometimes the decisions you make which seem moral, will ultimately be the wrong decision. I find it to be a lot of fun even if the game looks dated and can at times feature stiff controls. Delving into the lives of each NPC acts as a side quest in itself and these can act as the best moments in the game. Not saying that the protagonist is boring, Jonathan Reid is great, but there is mystery and intrigue surrounding these NPC’s and you might care for them more than other central figures.

Vampyr is gothic horror and may or may not surprise you. It unravels like a Penny Dreadful novel and it honestly does an admirable job with it’s modest budget. The amount of depth is surprising seeing how small the environment is and watching your decisions influence your surroundings is great. Even if you’re like myself and completely wrecked London. The Spanish Flu is the last thing they need to worry about after I pretty much burnt it to the ground. We all make mistakes, but I decided to compound them by being greedy because when you are overpowered, it is awesome.

This game will divide some but it’s a title that could potentially have a cult following.