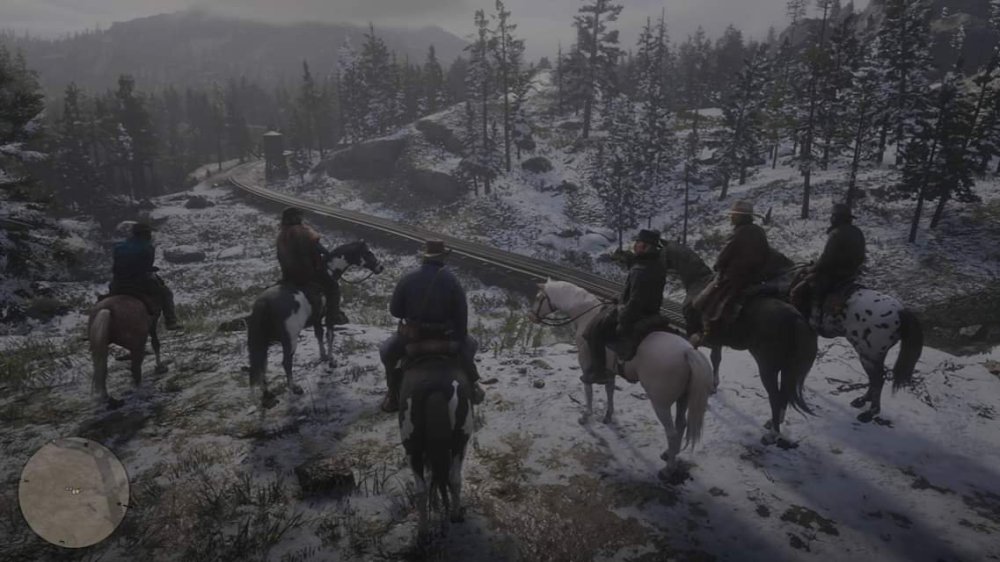 It is practically understood that when Rockstar publishes a title, the entire gaming world is put on notice. Red Dead Redemption 2, the long awaited sequel to one of the best open world titles of all time, has finally arrived and it’s practically evident from the moment you start the campaign that a new benchmark has been set. No title this year, whether its God of War or Spider-Man, will unseat Red Dead Redemption 2 as the presumptive Game of the Year.

Like all good westerns, whether they’re 3:10 to Yuma, the Wild Bunch or Unforgiven, Red Dead Redemption 2 is a slow burn. While this can be a criticsm for most titles, this actually works in RDR2’s benefit. The game world is massive, dense, and filled to the brim with secrets. There are animals to hunt, people to help, and random events that will sidetrack you while transiting to your objective. It can be overwhelming at first, especially considering how picturesque the game is, but in a way it all feels natural. The open world actually feels alive and lived in, which is more than you can say for most open-world titles on the market.

When Grand Theft Auto 5 was released, Rockstar announced in a fairly bold move that the online component would come a few weeks later, thus allowing players to experience the campaign. RDR2 has followed suite and I’m all for it. The campaign is tremendous and will run you around 60+ hours. You follow the Van Der Linde gang as they try to survive the end of the old West. The world is quickly becoming modernized and civilized, so their presence and activities are unnecessary. Unlike the first title, which decidedly felt alone as you hunted former members of your gang, the sequel is a family affair. 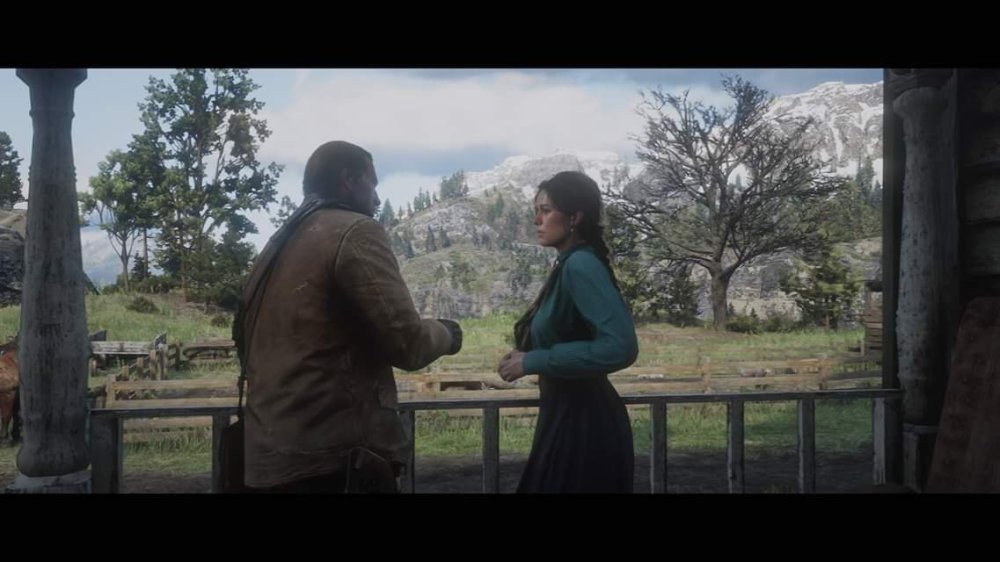 You play as Arthur Morgan, a senior member of the gang and Dutch Van Der Linde’s right-hand man. He is the muscle of the gang and a man whose loyalty to Dutch and his ideals will be tested throughout the game. You get to see him go from a cold and somewhat callous character to one whose eyes are opened to the lies that hes been told all of his life. Arthur is a fascinating character, on one side of the coin, he works tirelessly to ensure the survival of the gang, but he’s also well aware that the world has changed and is quickly moving on from the freedom of the Old West.

Making you connect with certain members of the gang that you hunted in the first title is a stroke of genius. While hunting for these members as John Marston in the first title was engaging, outside of Dutch, they were just evil men that needed to be eliminated. RDR2 gives you insight into these characters and surprisingly makes them likeable. Dutch was always a really fascinating character, but this title shows him as a man who may or may not have been someone who really wanted to change the world. 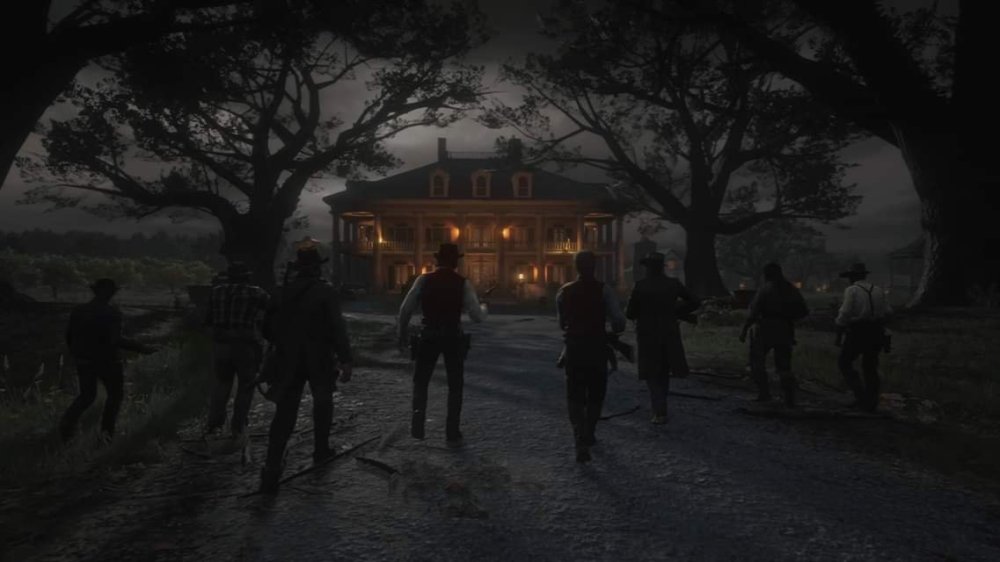 Seeing and connecting with the other members of the gang such as Lenny, Charles, Sean, and Sadie is a testament to the writing, even though you know that they will not be around for the first title. Caring about their wellbeing, cheering at their successes, and lamenting when they fall is something I would have never imagined seeing how many times I completed the first title. You were conditioned to believe that the gang was wrong in their actions and filled with unlikable individuals, you find out quickly how wrong you are. This is a family and one whose fall from grace was due to its patriarchs lofty ambitions, even if they sound well intentioned.

It’s not just the core characters that are interesting, this title is filled with interesting NPC’s whose side stories will provide further insight into the mindset of its inhabitants and also into Arthur’s morals. I have to say, this is the first title in which a side quest had me upset upon discovering the identity of a character. It was a twist, one that was welcome because you were led to believe you were helping a man down on his luck and it turned out he was something much worse. Needless to say, I poured out my frustration into him with a well placed arrow to the skull. Believe me, it was well deserved. Not many titles will leave you wondering if you’re doing the right thing in a side quest, they arent necessarily lengthy, but they are fantastic.

Gameplay in RDR 2 is meaty. There are a number elements borrowed from previous Rockstar titles, such as monitoring your stamina from GTA San Andreas and the Dead Eye mechanic from the first title. This feels like a lite-survival title as weapons will degrade with use over time, Arthur and his horse’s stamina and health need to be monitored consistently, and you have to dress appropriately or it will have negative effects on your well-being. You can craft items as long as you gather the ingredients, which can be found in the wilderness or in the various shops.

While it seems as if this would be taxing to manage, it’s honestly barely noticeable. You will learn to care for your stable of horses and will more than likely do whatever it takes to maximize your connection. Building stats feels natural, running helps stamina, shooting builds your dead eye, and fighting can raise your health. It never feels tedious, even though it looks as if it would when you first start the game.

Hunting and gathering has been expanded upon from the first title as the game will reward you with better pelts if you place your shots carefully. You can track animals using the Eagle Eye mechanic, which will highlight the scent of the animal or any actions it has taken in the environment. Like its predecessor, hunting is fun, but your horse can only carry so much, so you can’t just hunt indiscriminately, even if you want too. Believe me, you will, it’s fun tracking and then placing the perfect shot. These pelts can be used to upgrade your camp and craft trinkets that will provide permanent buffs. 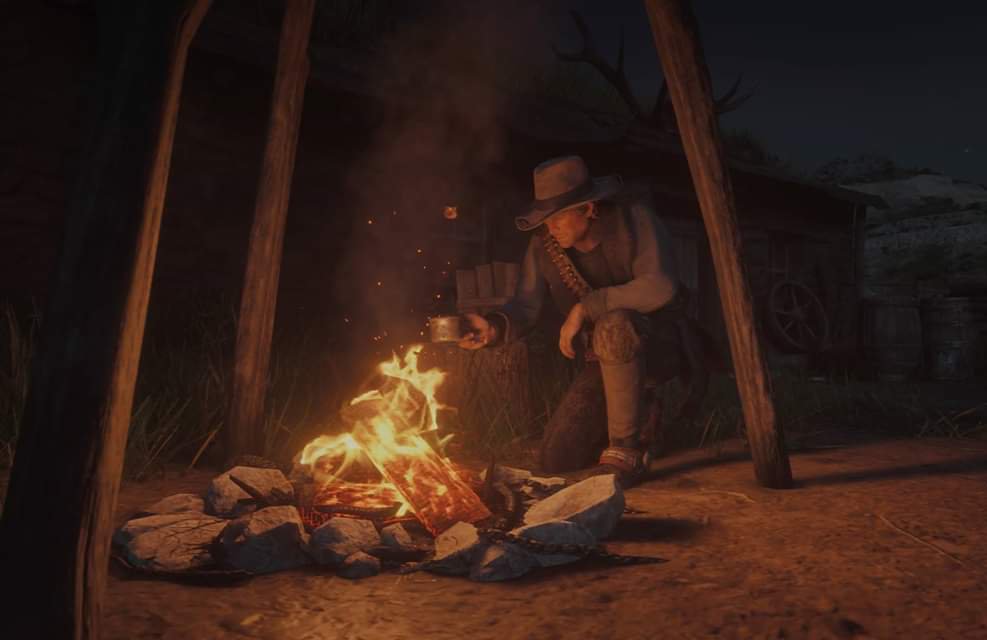 Gunplay is weighty, there is sway if you keep your arms extended for too long. Shooting your bow for example will drain stamina if you take too long to line your up your shot. Once stamina is drained, it will take a few seconds to refill, meaning you’ll need to be decisive. The Dead Eye mechanic has been expanded upon as well as you’ll able to target specific organs to incapacitate enemies. Weapons can be shot out of hands, a misplaced headshot may result in the loss of a hat, so you’ll need to be cognizant while in combat. Is it too realistic? At times, because you’ll line up a clean shot only to miss because of the sway. This will become frustrating during larger shootouts, but luckily your comrades are actually useful.

Traversal is primarily through horseback and each horse has their own stats to manage. Your horse also acts as a mobile armory, as the saddle will carry all of your gear. Players can only carry four weapons at a time and each weapons is displayed on your character once you get off. You are able to travel via carriage or train as those act as a means of fast travel, but there is no fast travel directly to any area that is not a city. If you upgrade your camp enough, a map will unlock allowing you to fast travel from camp. There is a caveat however as you cannot travel back. You will have to make your way to the nearest train station to fast travel or just ride your way back to camp.

Honestly, because the world is so beautiful and diverse, travelling by horseback can be really calming. It never feels like a drag and more than likely you’ll see something interesting along the way. Alongside managing your character, horse, and equipment, you can upgrade your camp. I recommend doing so immediately as it will yield benefits that will assist you throughout the campaign. As stated before, you will unlock a fast-travel map, but you’ll also be able to unlock new consumables. Just make sure to refill the stock or the camp will question your intentions. These systems all make RDR2 a joy to play, weighty gunplay and all. 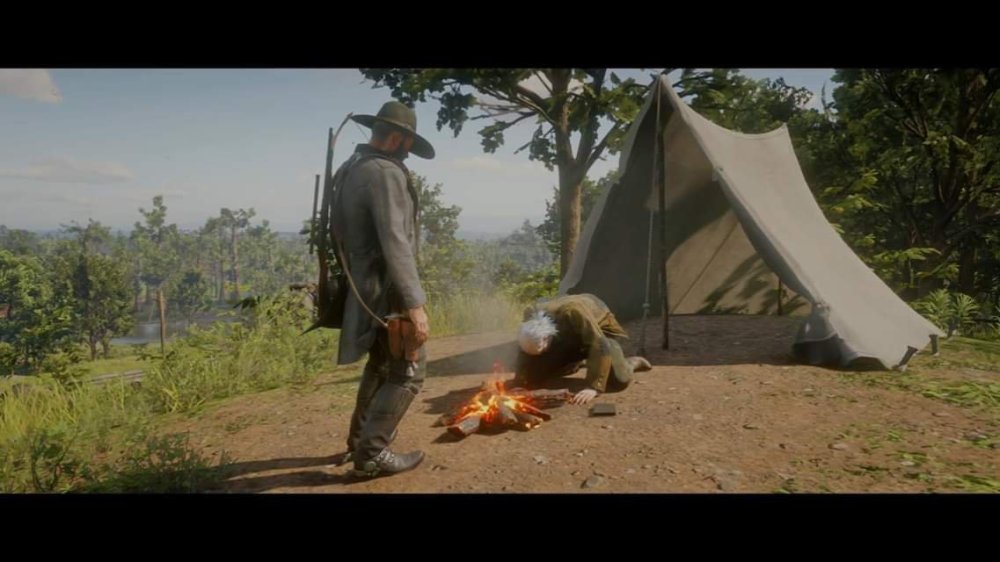 Presentation-wise, this is the best game I’ve ever seen up to this point. Every visual detail found in this game is polished and its shocking to see it run so well on current consoles. Any action that takes place that could alter your appearance will show up in this game. If your hat is shot off and you pick it back up, a bullet hole will be present to remind you of that moment. Mud, snow, and blood stick to your character and horse and can only be removed by cleaning.

Characters react to where they are shot and will move appropriately. The lighting in this game is tremendous and will force you to stop and admire this detail as the sun rises through the trees. Seriously, I found myself in awe of this game, animals animate realistically and if you don’t down them on your first shot, will writhe in pain until you put them out for their misery. Skinning them is both awesome and grotesque because of the amount of detail involved. Seriously, this is a world that you want to get lost in.

As in most open-world games, there are a number of glitches, which considering the size and scope of this game is unsurprising. They arent gamebreakers, but they can be unintentionally hilarious. I love watching the game physics go awry, while it takes away from the immersion, it’s nice to see that even a developer like Rockstar can make mistakes. It can be frustrating when the game is a bit too realistic, especially when your collides with a rock or a tree and it ends up costing you a mission. Luckily, these are few and far between.

If you would have asked a few years ago what was Rockstar’s defining title, I would’ve answered Red Dead Redemption. It’s only fitting that its sequel, released 8 years later, would overtake it as the developers best title. This is a generation-defining game, one so rare and complete that they only come along every so often and when they do, its hard to argue against. You can pour hundreds of hours in exploring the game world and it feels like you’re barely scratching the surface.

The narrative is powerful, featuring a number of memorable characters and moments that will leave you in awe. Whatever small complaints I had during my time with the game are nominal and never took away from the sense of wonderment from playing this game. Oh and by the way, this is all just the single-player campaign, so when the multiplayer eventually arrives it should add more value to this title, which has easily justified its price tag. 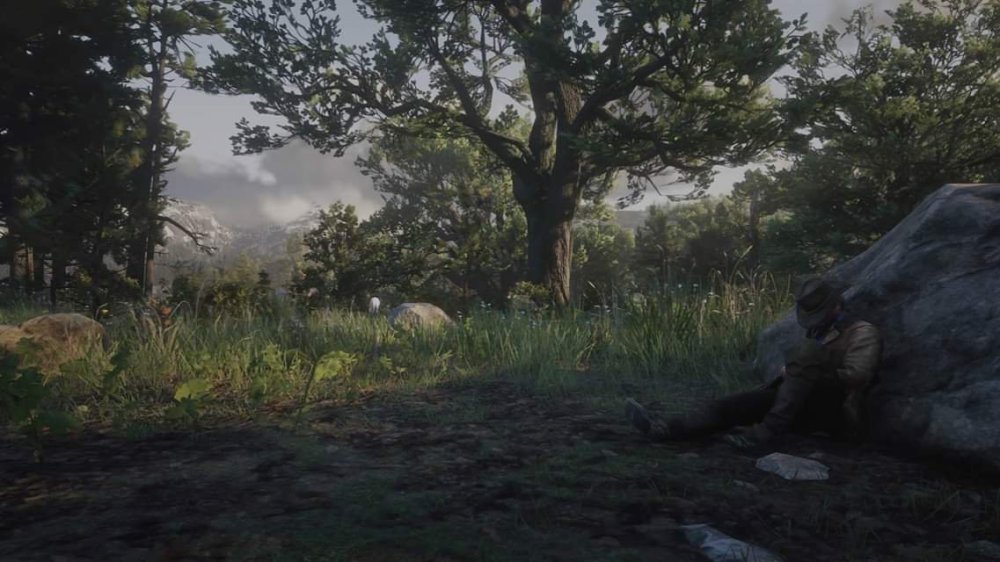 Rockstar has done it again.