Well then, Red Dead Redemption 2 just skyrocketed to the top of my most anticipated games and all it took was a gameplay reveal. First, the game looks gorgeous, this is apparently rendered using current gen consoles and is just oozing with details. Look at the texture work in the environment, the tiny details on character models, and the excellent animations, it all adds up to Red Dead Redemption 2 being probably the most visually appealing game of the year and possibly the generation. Rockstar sets the standard when it comes to small details as people are still discovering things in GTA V and that was released 5 years ago.

The gameplay looks to refine the gunplay and melee combat from the first title and the trailer does confirm that the dead-eye mechanic returns. The aiming looks a lot smoother at first glance and there is realistic reloading and recoil animations to add weight to encounters. Brawling looks to be far more intuitive as it shows Arthur being able to counter and grapple enemies. While melee has always been a fairly simple affair in Rockstar titles, Red Dead Redemption could buck this trend and make hand to hand combat more intense.

Exploring the world of Red Dead Redemption 2 will be done on horseback and the trailer shows that horses will have different traits. These will help you decide which horse to take on a mission as some will be faster or stronger than others. Arthur’s relationship with his horse will actually help his ability to control the horse in frantic situations. This will be an interesting dynamic to explore as it may force players to rethink their behavior early on if their horse isn’t cooperative during combat.

Being an outlaw in Red Dead Redemption usually meant that the only way to lower your wanted level was to hide until the level eventually went away. One of the most interesting additions in the sequel is that you are able to talk your way out of a situation. It was shown that players can decide when force is necessary as when Arthur was confronted with a sheriff he was talking him down. Players can also intimidate witnesses by chasing them down and then ultimately deciding how they want to silence them. This will be an interesting mechanic as players can choose how the public ultimately views Arthur.

One of the most stunning aspects of the gameplay trailer was the diversity in environments. As you spend time with the Van der Linde gang, they will be forced to move to different environments. This indicates that when certain chapters end players will more than likely have to vacate that area and settle somewhere else. These settlements will also act as hubs where the player can engage in mini-games and side missions to possibly help strengthen the relationships with fellow gang members. Snowy mountains, rolling plains, and swamp marshes all look to be environments that the player will be able to explore. The game looks to be massive and although a map was not shown of the game world, you have to wonder just how vast it will ultimately turn out. 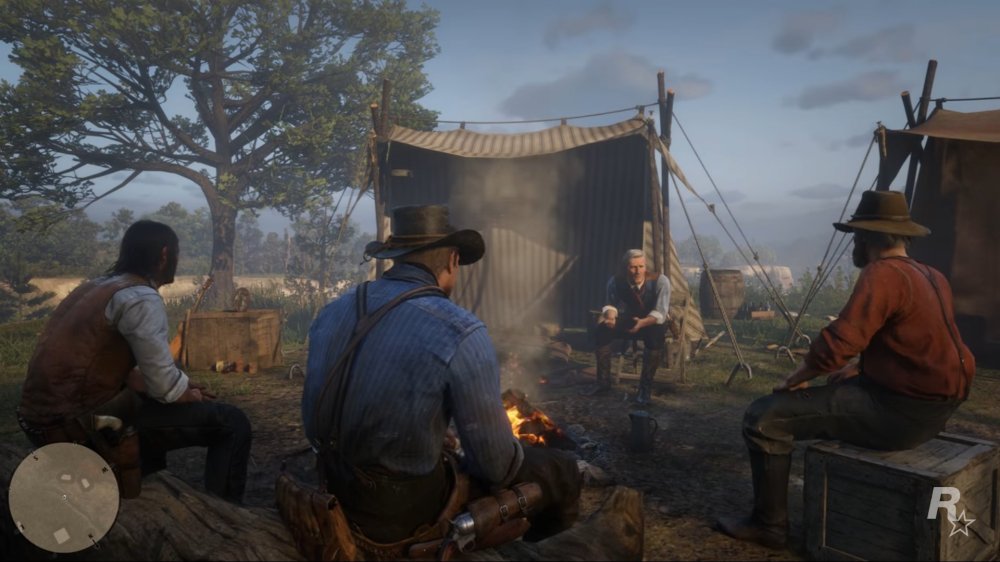 Once again Rockstar is looking to top its previous effort GTA V. This trailer gave a glimpse of what gameplay will be like within Red Dead Redemption 2 and it definitely has me excited. The sheer level of interactivity makes it feel like the story will feel fluid and organic. Combat looks vastly improved and the ability to de-escalate situations by talking is something that is rarely seen in the crime genre. The next trailer will cover the various missions that players can partake in but this trailer was so strong that I’m already sold that the game will exceed my expectations. I loved the original Red Dead Redemption and the sequel already has the foundation to become a masterpiece.