Growing up, Def Jam carried the hottest hip-hop artists on their label and they were practically a go to for quality music. If someone would’ve told me that they were going to make a series of fighting games that worked, I would’ve called you a liar. But the crazy part was, they were great, with the exception of the third title, Icon, which was for the most part…garbage. Icon was the reason that the Def Jam fighting series was left for dead because it practically changed everything that was great about the first two titles. I, like many others, had forgotten about the Def Jam series until a tweet on the official Def Jam Twitter asked fans where they would hypothetically like to see where the series should take place next. 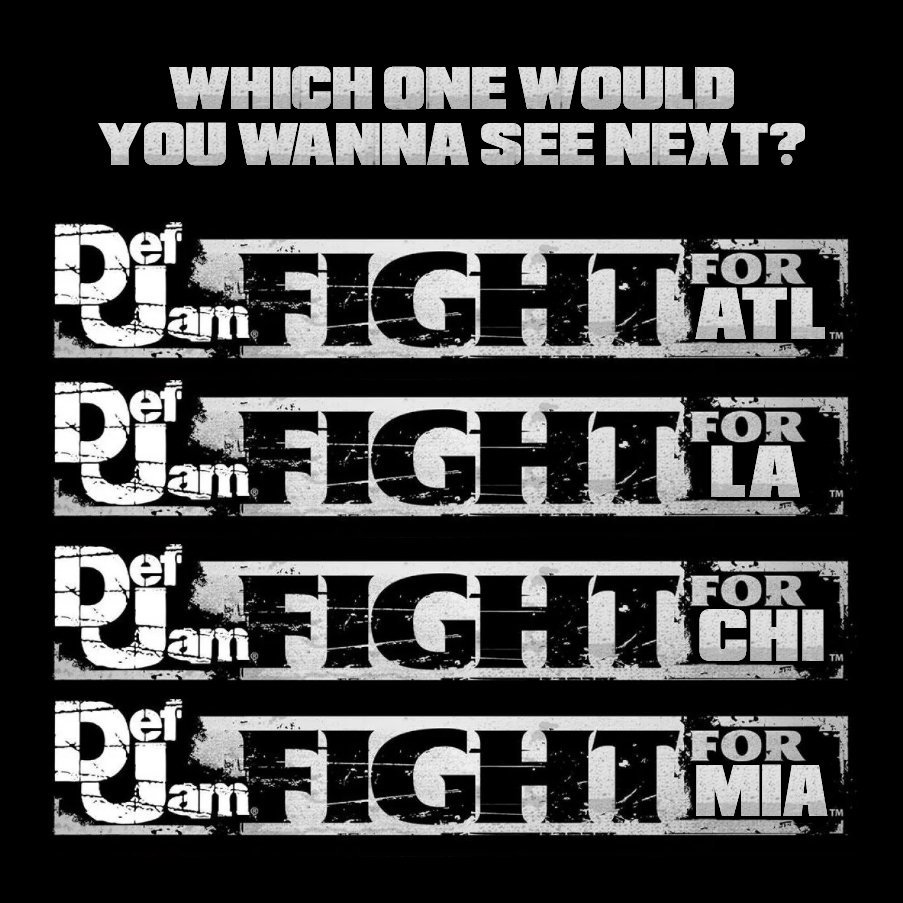 If Def Jam is bringing back the fight series, then great, because Vendetta and Fight for NY were fun entries into the fight genre that deserved better than what Icon provided. Developed by Aki Corporation, now Syn Sophia, these were the minds behind some of the best wrestling titles such as WWF Wrestlemania 2000 and WWF No Mercy and it showed in the first title Vendetta. It felt a lot like a wrestling game in which the player could initiate various strikes and grapples to take down opponents. Once your character landed enough strikes they could initiate Blazin mode, in which you could use a special grapple that would KO the opponent if their health was low enough. You could also pin the opponent like in traditional wrestling games and while it was weird to see Method Man pin DMX, it was a really fun title.

Fight for NY was when the Def Jam fighting series became a different beast. It removed the traditional rings from the original game and replaced them with unique, interactive environments in which the player could do some serious damage by throwing the opponent into certain areas of the stage. Beer bottles, poolsticks, musical amps, and other items littered throughout would be used as a weapon if the opponent was grappled by it. It was a far more brutal game than its predecessor, with a larger cast, and an engaging narrative to boot. One of my favorite features was that damage inflicted could be seen on the opponents face. Plus the Blazin finishers had far more impact, it was brutal, fluid, and most importantly, it was fun.

Now if a sequel is truly on its way, awesome, but they should re-release Fight for NY so that a newer audience can experience a title that was widely praised upon release. I would spend hours replaying the story, creating new characters with different fighting styles, because there was so much depth to this game it would take up a lot of your time. Plus the soundtrack was fire, with every artist getting their own track. I am a huge Joe Budden fan so when Walk With Me came on in the final fight of the game, I was amped. Time will tell if the new Def Jam title will remind us of Fight for NY or will it be more like Icon. This is an opportunity to reinvigorate a franchise that should’ve been a mainstay in the fighting genre. Don’t fuck up this opportunity Def Jam, its clear that they don’t come around often.