The Ghost of Sparta No More

One of the most complete games of this generation, God of War is easily the best game of the year thus far. It’s narrative, while simple in its premise, is nuanced and anchored by the father-son relationship of longtime series protagonist Kratos and his young son Atreus. No longer is Kratos a one-dimensional characters who’s primary motivation was revenge. He is a layered, fully-realized character who is world weary and looking to escape his past. It is a welcome change and is one of the many new additions that makes the God of War the best in the series.

RPG elements are nothing new in the God of War series. Experience gained throughout God of War is utilized to upgrade Kratos and Atreus abilities to make them more effective in combat. This is very similar to how players utilized the Red Orbs from the original series. The real difference is that each skill set caters to different playstyles. If a player wants to focus on keeping their distance, there are skills that will allow that. It is one of the biggest indicators as to how much the combat has changed in God of War. Based off the encounter, players can alter their approach. It also helps if the player is wearing the right equipment, which is where the new crafting system comes into play. Throughout the game, players will find currency and resources that can be used to purchase and craft equipment. These equipment can then be upgraded by using different resources. Certain pieces of equipment will have rune slots that can either upgrade or add buffs to help Kratos through different combat situations. Adapting to these changes will take some time but I will say however, that the revamped combat system is incredibly engaging.

Gone is the button mashing combat of the original in where the most basic combos could get you through the majority of the game. In it’s place is a mix of Dark Souls and Darksiders, as players will have to utilize strategy and special abilities in order to defeat the variety of enemies and bosses that make up the realm of Midgard. Enemies will swarm Kratos and players will have to be fully aware of their surroundings or face being cornered. This is a God of War that demands your attention, players will not find success by simply rolling and spamming the same combo over and over. Players will have to utilize different weapon combinations as enemies will have different elemental affinities. Encounters will challenge you, there are moments especially late in the game where the player will not only fight the enemy but environmental hazards as well. Atreus does accompany Kratos and his ability to stun or electrify enemies will help you in combat. It is recommended that players use his abilities often as he will give you breathing room in the most difficult confrontations. 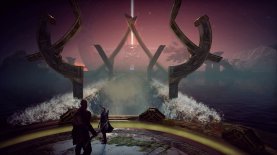 Combat isn’t the only big change in the God of War formula. While the game is still fairly linear, players will have a semi-open world to discover in the form of Midgard. It opens up after the first few hours of the game and while exploration it isn’t a requirement, the different side quests or “favors” will help grant items that will help the player in their journey. I have only completed a few favors and I can say that these will make later sections easier to navigate as God of War does scale in difficulty. Be warned that these favors will feature difficult combat encounters and some pretty tricky puzzles. I love the fact that God of War has moved on from the simplistic block-pushing from the original series. There are some truly fun puzzles to complete and I enjoyed combining different techniques to get through these sections. Fully exploring Midgard will require the player to acquire certain techniques only attainable by working through the campaign. It’s organic exploration largely differs from the original series as you are always to able to return for a chest or an item you may have missed.

While the various gameplay changes to the God of War formula is appreciated. The mature and personal narrative is what stands out most in this reboot of the franchise. Kratos has become an empathetic and endearing character, which seems unfathomable because of his rage-filled history. His relationship with son Atreus is a rocky one as they are forced to come together in the midst of a family tragedy. His wife’s dying wish is to have her ashes spread from the tallest peak in Midgard. Kratos must take Atreus on this journey and it is clear from their early interactions that Kratos does not believe that Atreus is ready. As the story progresses players will see considerable growth from both characters as they are trying to see through one another’s flaws. It is a grounded and realistic take on the relationship between father and son and gives God of War the narrative punch that makes the journey memorable. 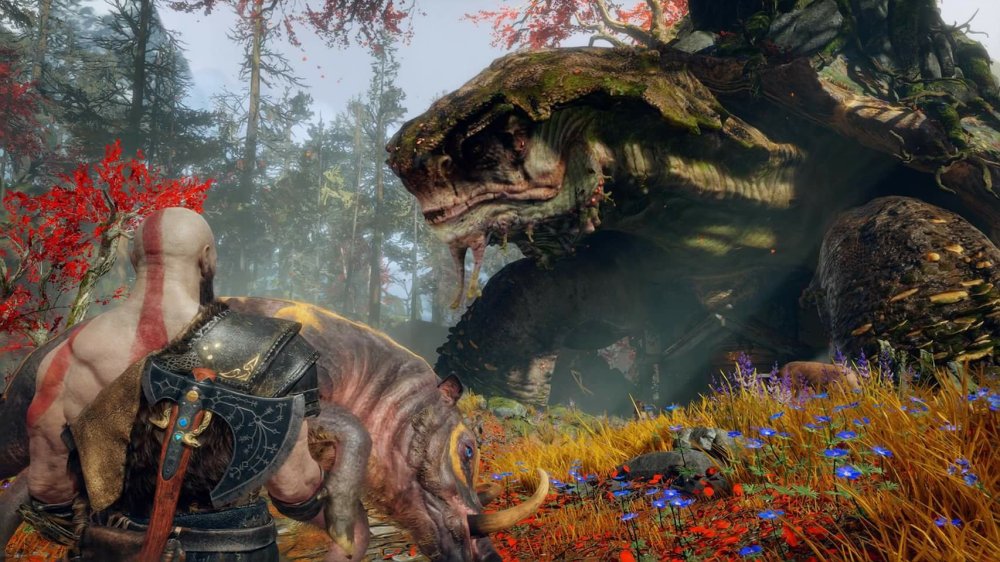 Visually, this game is a marvel. When I say that this is currently the best-looking videogame of the generation, that is not an exaggeration. The detail found in the character models as well as the environments can be awe-inspiring. Particle effects are incredible, there were multiple moments where I had to pause a scene because I wasn’t sure that what I was seeing was possible in a videogame. The first hour of the game features an incredible fight in which trees get broken, boulders get smashed, and the ground gets torn apart. It put in perspective the power of both characters and it looked like something out of a Superhero film. Colors pop off the screen and the animations of every single living organism will make you appreciate the time Santa Monica Studios took to develop the game. The part that will stun you the most is the fact that God of War is shot as one long continuous take. It is something that isn’t immediately noticeable, but it’s brilliantly done and its inclusion is worth mentioning.

After the 20 or so hours it took to complete the campaign, there is still much to explore. God of War is an achievement. Few games are able to feature a powerful narrative and immersive gameplay but God of War does just that. It is a game that needs to be experienced by everyone and is a true contender for game of the year and possibly of the generation. There are no perfect games, but God of War is damn close. The return of Kratos has arrived and it is glorious.